You have recovered Domain User credentials for a domain but have  no privileged or interactive access to any targets i.e. no Domain Admin account or any account that is capable of establishing an RDP session.

On a recent engagement I was performing an internal assessment against several untrusted Windows domains. Using Kerberos Domain Username Enumeration and subsequently performing  SMB password guessing it was possible to achieve access to a number of Domain accounts.

However, it transpired that none of the identified credential sets were privileged e.g. they were not Domain Admin and additionally, none of the accounts were members of the “Remote Desktop Users” group. As a result, no interactive access to any of the target hosts was possible.

A number of different techniques exist to query Active Directory using low privileged accounts (i.e. a domain user) from our non-domain joined pentest laptop and I will discuss a few options for doing this in this post.

The ultimate goal of this enumeration is to:

Once this enumeration is complete accounts can be subject to further password guessing attempts.

The first of the tools I will discuss is windapsearch:

As the tool’s author describes: “windapsearch is a Python script to help enumerate users, groups and computers from a Windows domain through LDAP queries”

Using our prerequisite/previously guessed domain user account the following syntax can be used to query the remote domain for all users within the domain:

The following figure shows the tool enumerating all users in the domain (-U switch):

NOTE: Output has been cleaned up a little with grep & cut

Using the --da switch we can also enumerate Domain Admins:

Using the -m switch we can enumerate members of the “Remote Desktop Users” group:

The excellent PowerView from harmj0y probably offers us the best options for AD enumeration in our Domain User / non-Domain joined context.

PowerView is thoroughly and eloquently discussed in harmj0y’s multiple blog posts (see references), but I’ll just discuss a couple of options that can be useful in our scenario.

Initially, we establish a PowerShell session on our non-domain joined Windows host using runas and /netonly i.e. credentials are specified for remote access only:

runas /netonly /user:mydomain\op powershell (we are subsequently prompted for the password):

Once we have imported PowerSploit via:

We can query the domain for all domain users:

We can also query the domain for a list of Domain Admins:

Next we query the domain for the members of the “Remote Desktop Users” group:

We can also query AD for a list of all available shares that our current user context is able to access:

Microsoft RSAT is designed to allow administrators to manage Windows Servers from a remote computer. RSAT provides another option for us to enumerate domains from our low privileged, non-connected domain context:

Initially, RSAT proves useful for the enumeration of the remote Window Domain’s password policy. Again, we do this from a runas, /netonly initiated PowerShell session (see PowerView above for details): 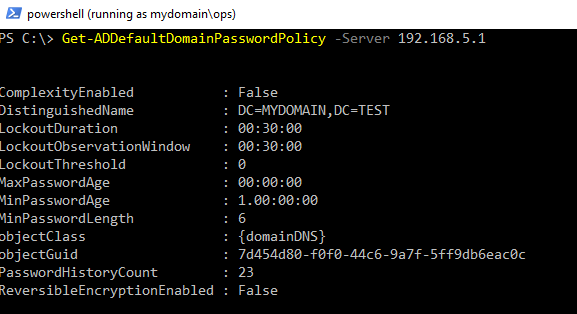 We are also able to utilise RSAT from a GUI perspective, again this is initiated via runas:

Next we add “Active Directory Users and Computers” via the new mmc console: 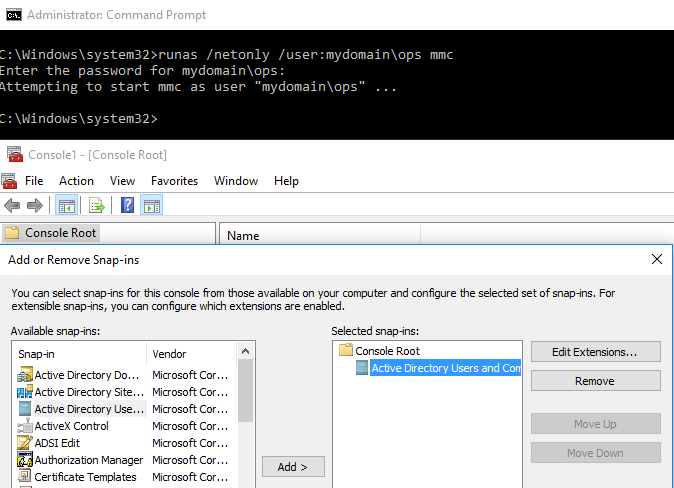 Changing the Domain Controller instance to our target: 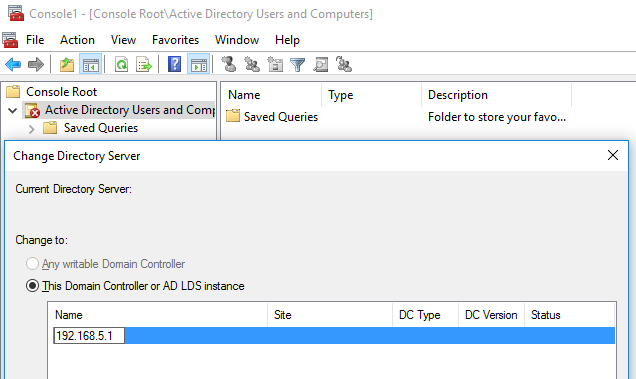 We are then able to gain a graphical view of the Domain’s user community: 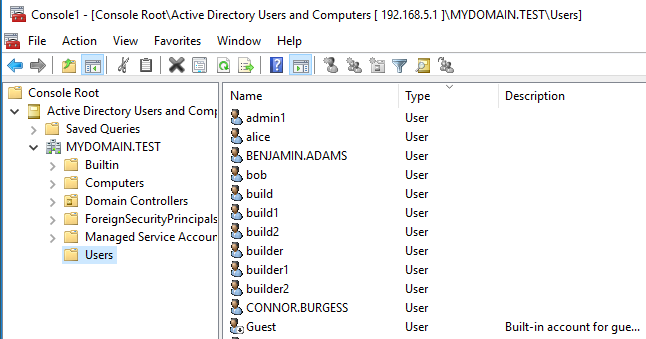 The whole purpose behind this Domain enumeration is to provide us with further and more privileged accounts to target from a password guessing perspective. The retrieval of the Domain’s password policy obviously also complements this exercise.